Following on from yesterday’s post Done and Darbie’d – story intro part 1, here’s the second part of the introduction to my short story, which was published last year in The Never Never Land fantasy fiction anthology. 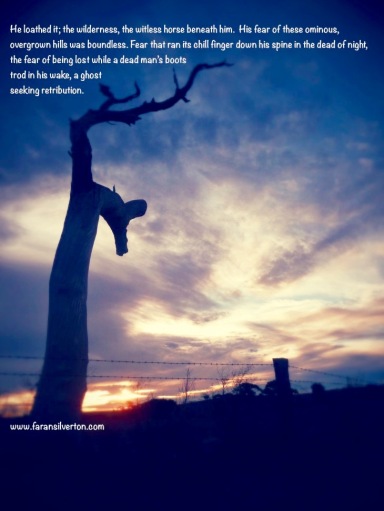 He loathed it; the wilderness, the witless horse beneath him. His fear of these ominous, overgrown hills was boundless. Fear that ran its chill finger down his spine in the dead of night, the fear of being lost while a dead man’s boots trod in his wake, a ghost seeking retribution.

This site uses Akismet to reduce spam. Learn how your comment data is processed.