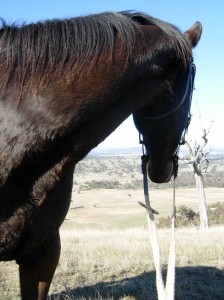 This is a piece I wrote when I attended Fiona McIntosh’s writing Masterclass two years ago. It gave me a good dose of confidence, a sort of epiphany that I could actually write.

Illira blew out a breath as she trotted towards the escarpment, trying to ease the heaviness in her belly. The field parted like a curtain before her horse, into yet another never ending row of wheat. A glance over her shoulder confirmed her suspicion; the trampled crop left a stark betrayal of the path she’d taken.

She pressed the horse into a canter, reassuring the beast with a hand on its damp neck. The gelding’s breath rasped over the whisper of passing wheatsheafs. Just a little further now to the cliff track, where their trail of hoofprints would disappear into the shale.

As the field ebbed away, a eucalyptus tang stung Illira’s nose, drifting from the forest spilt over the clifftop above her. The horse’s hooves crunched onto the stone path, a mere goat track, really, but at least it led to safety.

She bit her lip, having to let the horse slow to pick its way along, knowing at every step they were as exposed as a blowfly on a fresh shorn sheep.

I met this little bloke a few years back, after I kept hearing odd tapping noises on the window. I finally realised what it was – a whopping big blue tongue lizard.  These amazing creatures can live for 15-20 years, but are very vulnerable to a range of predators including cats and dogs. 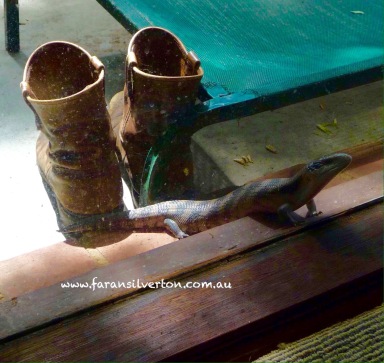 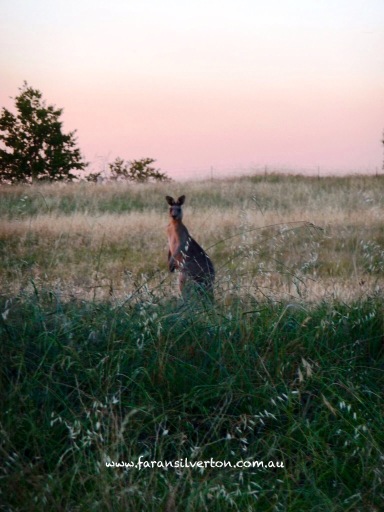 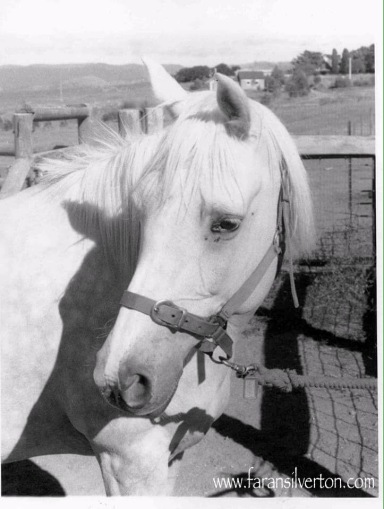